On Saturday 24 November this year, the Arizona State Sun Devils beat the University of Arizona Wildcats in the Territorial Cup football game by a score of 41-40. ASU rallied after trailing 40-24 in the 4th quarter to win the game. No Pity for the Kitty indeed!

We learn from the American myth of “Bargains with the Devil” that ill-gained riches have calamitous consequences. When Fortune turns on those who play this demonic game, let the evil they have brought upon themselves play itself out. Sodom and Gomorrah incurred the righteous wrath of God; yet angels warned us not to interfere with their destruction and commanded not to look behind us on peril of disaster. At night, the Exterminating Angel smote the firstborn of the Egyptians; still we marked our doors with blood and did not go out of our houses until the morning of that terrible night. END_OF_DOCUMENT_TOKEN_TO_BE_REPLACED 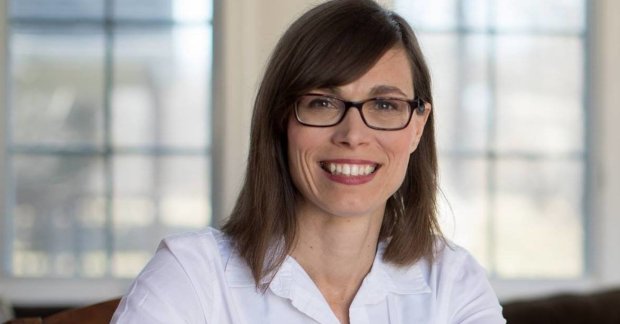 Just before the midterm elections and immediately thereafter, I found myself feeling pessimistic and saying so to anyone within earshot. That was an unwelcome downer for friends and fellow progressives wishing to celebrate an election that gave the Democratic Party control of the U.S. House of Representatives. The “blue wave” may not have been as big as many expected (or at least hoped for), but one-party rule in the nation’s capital had been defeated at the polls.

The Democrats also made gains in governorships and other state offices. Even in deep-red Arizona, Democrats won a U.S. Senate seat and took a 5-4 advantage in the state’s nine Congressional districts.

The Arizona victory underscored my pessimism. Why could that red state, where my Hunt the Devil friend Oscar lives, show blue when Indiana, the state in which I reside, deepened its already dark shade of red? Maybe we progressive Hoosiers will never overcome Republican gerrymandering. Maybe Republicans do not even need to gerrymander to dominate in Indiana. It just seems hopeless. END_OF_DOCUMENT_TOKEN_TO_BE_REPLACED

On the Arizona State University campus around this time of year, one sign begins to appear on posters, walls and t-shirts. It took me years to discover that it is not a reference to the Japanese icon “Hello Kitty,” but rather a war cry as students prepare for the Territorial Cup football game between the ASU Sun Devils and their perennial rivals, the Wildcats of the University of Arizona. And the war cry is: No Pity for the Kitty!

“No Pity for the Kitty” means take no prisoners, have no mercy with the foe, no sympathy for the enemy as you stomp on its corpse, as you cut off the head of the dragon the way citoyens once guillotined members of the nobility during the French Revolution. END_OF_DOCUMENT_TOKEN_TO_BE_REPLACED

Even the tempests of Caliban’s island must pause at the passing of John McCain.

Writing about the three great Liberators of the Americas—Bolívar from Venezuela, San Martín from Río de La Plata, Hidalgo from México—José Martí once taught us:

Men cannot be more perfect than the sun. The sun burns with the same light with which it heats. The sun has spots. Ingrates talk only about its spots; grateful ones talk about the light.[1]

As a resident of Arizona, I have had occasion to witness John McCain’s services to his constituency with punctilious efficiency and graciousness. The tag of “maverick”—an unfortunate banality that often diminished the complexity of the man—has led commentators in the last few days to praise his memory as follows: “I disagreed with him on many issues, but …,” usually followed by a lengthy encomium. I will add my voice to this chorus of praise and condemnation. I will write, reducing “a person’s entire life to two or three scenes,” not only about my disagreements with John McCain, but also about the good that should not be interred with his bones.[2]

END_OF_DOCUMENT_TOKEN_TO_BE_REPLACED 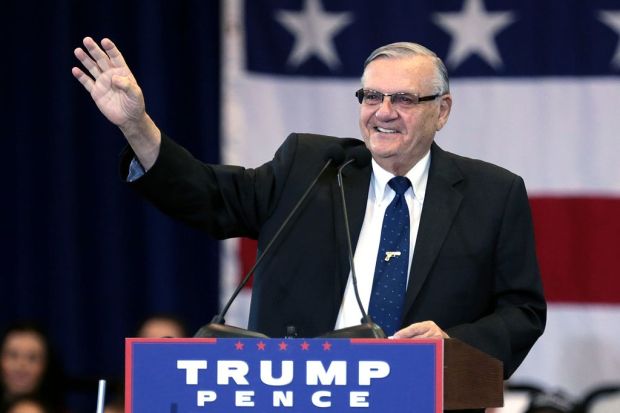 Joe Arpaio was detested in Arizona for the very same reasons for which he was idolized. This explains both his electoral victories (Arpaio was re-elected five times) and the vehemence with which opposing segments of the public—especially minorities—viewed his tenure as sheriff.

He delighted in punishing and humiliating inmates in his infamous “Tent City” jail, where temperatures could rise over 100 degrees in the summer: “I put them up next to the dump, the dog pound, the waste-disposal plant.” Prisoners’ meals were cut down: “it costs more to feed the dogs than it does the inmates.” Successful lawsuits against the sheriff’s office for mistreatment of prisoners and wrongful deaths of inmates have been awarded dozens of millions of dollars. END_OF_DOCUMENT_TOKEN_TO_BE_REPLACED

There is no more representative picture of former Arizona sheriff Joe Arpaio than the portrait of border sheriff Hank Quinlan created by Orson Welles in his prophetic Touch of Evil (1958). At the end of Welles’ film noir masterpiece, in which “Justice, for once, is represented by a Mexican” (even though the protagonist, Miguel Vargas, is played by Charlton Heston in dark make-up), Quinlan is “defeated by technology, by the truth, by justice…. The powerful end up as victims of their abuse of power.”[1] END_OF_DOCUMENT_TOKEN_TO_BE_REPLACED 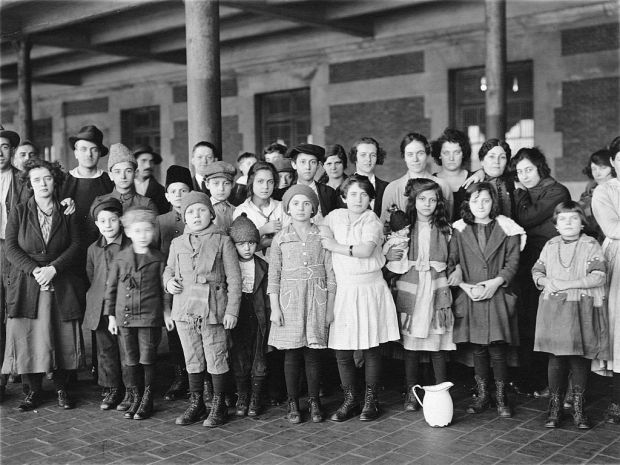 About 45% of the “illegal” immigrant population in the U.S. entered the country through “ports of entry” with legal documents, and then overstayed the terms of their permits. About 55% entered without undergoing immigration inspection.  The Cubans avidly sought—and seek—immigration inspection in order to be declared legal residents of the country.

The “special” status granted to Cuban immigrants has existed since the takeover of Cuba by the Castro Revolution. Cubans have repaid in kind by a steadfast allegiance to US right-wing agendas through the last 50 years. In 1961 they answered the siren call of the CIA to join an expeditionary force that would topple the Castro regime—and then were abandoned by the Kennedy administration on the beaches of the Bay of Pigs. The US barely avoided nuclear war with the Soviet Union over Cuba in 1962. Cubans participated in the US war against North Vietnam and were instrumental in the pursuit and defeat of the guerrilla forces of Ché Guevara in Bolivia in 1967.

Do not forget that several of the Watergate burglars in 1972 were Cuban, and that one of the most fiercely disputed electoral counties (Miami-Dade) in the 2000 Bush vs. Gore presidential election is today (and was also then) largely Hispanic (65%) and Cuban-American (34%).  END_OF_DOCUMENT_TOKEN_TO_BE_REPLACED 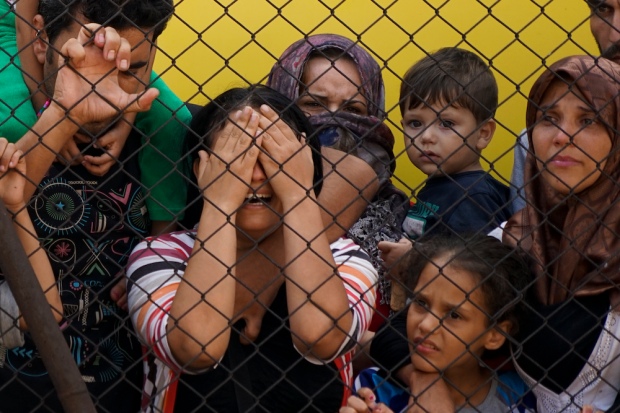 Down here in Arizona opponents of “illegal” immigration (they are really opponents of all immigration, whether “illegal” or perfectly legal) are fond of putting an end to all discussion about the subject with the following question: “What part of ‘illegal’ don’t you get?” That settles the issue in their mind. Period. End of story. I have never had an opportunity to answer because the question has never been put to me directly. Mostly, I suspect, because such people think that my immigration status is shady at best and flagrantly illegal at worst. No one ever likes to mention the rope in the hanged man’s house.

But now our clown dynasty (I use the term coined by H.L. Mencken to refer to US politicians) has voted in the House of Representatives that it does not want to accept Syrian refugees, and several Republican presidential candidates are advocating the surveillance of Mosques and the government registry of Muslims (including American citizens who are Muslims). I take the liberty of answering, and explaining my answer, to this preposterous question for all readers of our blog.

The part that I don’t get about “illegal” is how come I’m not?! END_OF_DOCUMENT_TOKEN_TO_BE_REPLACED 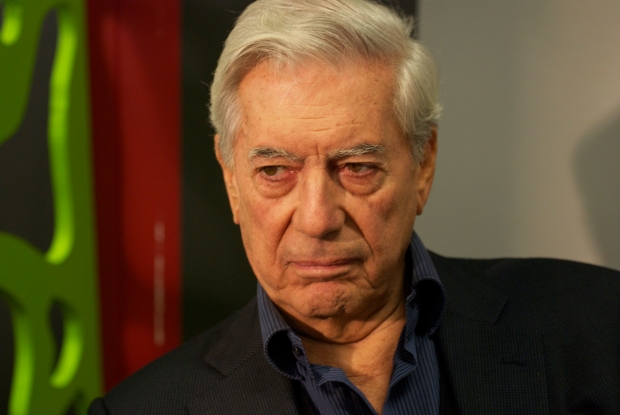 Several weeks ago, Peruvian novelist Mario Vargas Llosa (Nobel Prize for Literature 2010) published an opinion in Spain´s daily El País in which he characterized Donald Trump as a “racist imbecile.” In his piece Vargas Llosa goes to great lengths to reassure his Spanish-speaking readers that Trump is not a representative figure of the United States, or a characteristic product of American capitalism, and that Trump’s garish brand of Ugly Americanism is not a stench upon the integrity and ideals of the country. This last, legitimate figure of the Latin American literature “Boom” of the 20th century (La ciudad y los perros, La guerra del fin del mundo, La fiesta del chivo), is almost convincing. END_OF_DOCUMENT_TOKEN_TO_BE_REPLACED A favorite columnist, E.J. Montini of the Arizona Republic (read his column here), has persuaded me that Donald J. Trump has more than a reasonable chance to become President of the United States. Montini’s point is that Trump is not a mystifying phenomenon. We elect (and re-elect) mini-Trumps all the time to state office in Arizona. And we do so not in spite of their most outrageous political statements or social behavior, but because of them.

Trump says “illegal” Mexican immigrants are drug traffickers and rapists? We can do one better: a federal judge has ruled that the office of Maricopa Sheriff Joe Arpaio (elected to office six times) routinely engaged in racial profiling in the past.

Trump raises questions about Senator John McCain’s war record? We can top that too: the Republican President of the Arizona Senate once delivered a speech in a forum in which McCain was called a “traitor” who should be “executed.”