(At HUNT THE DEVIL, we focus on critiques of political myths. Occasionally, we post versions of foundational American myths that have shaped our culture. The following retells Pat Garrett’s account of the death of Billy the Kid as found in his book, The Authentic Life of Billy the Kid. Tainted by the spirit of Sam Peckinpah’s great western, Pat Garrett and Billy the Kid (1973), and by the fatal airs of Bob Dylan’s musical score, it narrates the story of Youth killed by Old before Old settles into a new station in life. Highlighting this theme, in Peckinpah’s film the law and order officers are played by old actors who frequently appeared in westerns (Coburn, Chill Wills, Slim Pickens, Katy Jurado, etc.); young rock stars from the 1960s (Kristofferson, Dylan, Rita Coolidge) play the outlaws.

END_OF_DOCUMENT_TOKEN_TO_BE_REPLACED

We are taking a holiday break.

A brief respite from a challenged world.

We will return in January.

Thank you for following Hunt the Devil. 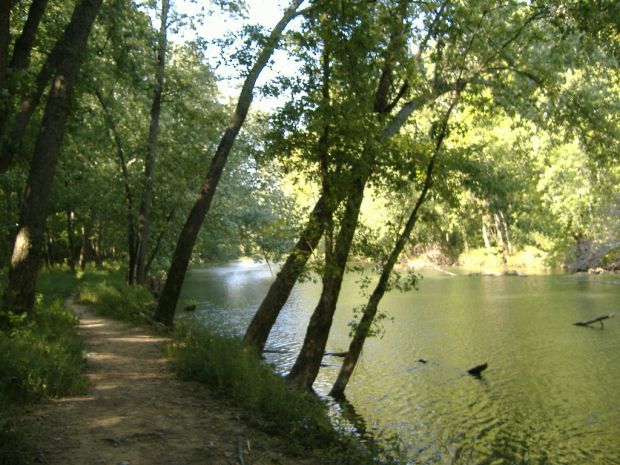 Hunt the Devil is taking a July holiday.

We will return with our next post on August 7.

in pursuit of democratic alternatives to war culture. 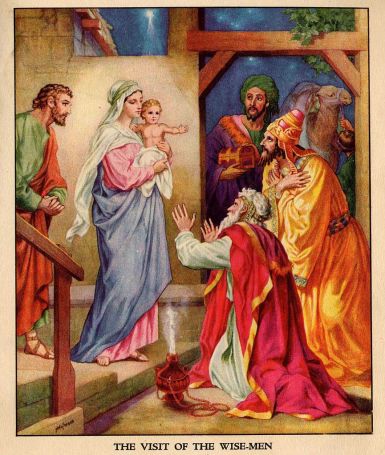 “Birth of Jesus with Visiting Magi” by Heinrich Hofmann, circa 1900. (Credit: Wikimedia Commons)

You’d wake up in the morning wondering if they were still there but you didn’t want to meet them, afraid of the magic of their passage still infusing the lighted Christmas tree in the living room, down the hall from the doorway of your bedroom.

Christmas toys were small, peremptory tokens that fulfilled a duty since you went to an American school in which instruction took place in English. Both Cuban and US holidays were observed.  They’d told you all about Halloween and Santa Claus coming to your house with gifts on Christmas Eve. We had no problem taking small toys from Santa Claus, but the important ones—bicycles, Lone Ranger costumes and fake Peacemaker revolvers, Tonto action figures, Zorro’s secret hideout (a miniature plastic mountain), were brought by the Three Magic Kings on January 6. END_OF_DOCUMENT_TOKEN_TO_BE_REPLACED

As part of his “Letters from New York” at the end of the 19th century, José Martí wrote several articles about Ulysses S. Grant during the time when the former president was dying of cancer and finishing his Personal Memoirs to secure the financial stability of his family after his death. I have admired for many years Martí’s brilliant prose in these chronicles, and through them I have come to esteem the shining figure of U.S. Grant:

New York prepares to be thankful for the privilege of sheltering in its grounds the corpse of he who led the colossal army of the Federation from glory to glory against the slaveholding rebels…. He would fall, without rage, like an avalanche. Wherever he placed his eye, he planted the flag. (“Death of Grant,” August 3, 1885).

Soul of the Drum

On September 29, 1947, Dizzy Gillespie and legendary Cuban drummer Chano Pozo unveiled Afro-Cuban jazz at Carnegie Hall by premiering George Russell’s Cubana Be, Cubana Bop. On that date, Chano’s conga drums and Abakuá chants were first combined with Gillespie’s griot trumpet and his band’s bebop sounds. The integration of jazz and Afro-Cuban music demanded virtuoso accommodations from all performers. But in a shining corner of the universe, the ancient sounds of Africa—heretofore fragmented in diaspora—were reunited again. Chano and Dizzy had bridged two separate and distinct ontologies.[1] END_OF_DOCUMENT_TOKEN_TO_BE_REPLACED

For 800 years, the Spanish fought the Moors in the legendary Reconquista (8th to 15th cent.). Sacred relics from that holy war survive today in the region of Andalucía in Spain: in the cities of Sevilla and Córdoba, and most gloriously, in the magnificent Alhambra of Granada.

That centuries-old conflict was won as such wars against foreign empires are usually won: people inspired by religious beliefs and fighting for their homeland—as Ernest Hemingway reminds us—can be destroyed, but never defeated.[1] The invader faces an endless struggle, reflected in the simple statement of the Confederate soldier who explained to Union soldiers why he fought in the US Civil War: “I fight because you’re here.”

In the countryside of New Jersey, I have seen the end of the Trump Apocalypse and a vision of the future of America after it gives up its imperial aspirations. END_OF_DOCUMENT_TOKEN_TO_BE_REPLACED

After the success of Mourning Becomes Electra on Broadway, Eugene O’Neill labored in silence during twelve years (1934-1946) at the writing of a cycle of eleven plays (“A Tale of Possessors Self-Dispossessed”) which told the story of an American family from before the founding of the republic to the 1930s. One of O’Neill’s sources for his ambitious project was Matthew Josephson’s The Robber Barons: The Great American Capitalists 1861-1901. A reading of Josephson’s book today provides illumination on the contemporary plutocracy that controls the nation today behind the façade of the Trump presidency.

Josephson’s book chronicles the ascendancy to power of that group of capitalists which built railroads (Cornelius Vanderbilt), controlled the oil and steel industries (John D. Rockefeller and Andrew Carnegie), and revolutionized the country’s banking and financial sectors (J.P. Morgan and Jay Gould) after the Civil War. END_OF_DOCUMENT_TOKEN_TO_BE_REPLACED 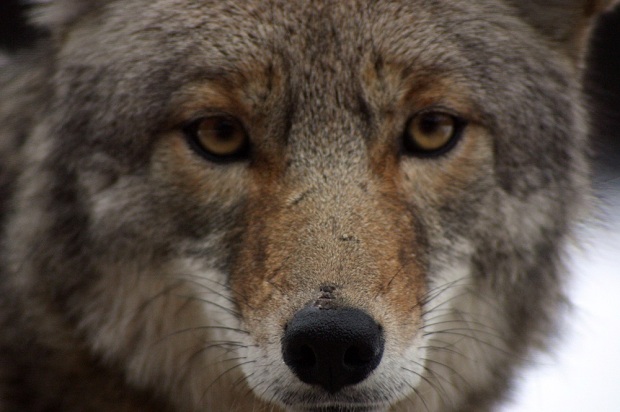 Hunt the Devil is taking a June break.  We will return on Wednesday, July 5, the day after Independence Day, with a post about our better angels.

We’re not letting the month pass without continuing to work on the project of mythic intervention.  The pause in posts is allowing us to collect our thoughts about “After Empire,” our next book project.

The book is an exercise in mythic anagnorisis.  The spirit of Old Man Coyote inspires us to think about slipping the war trap.  How, we ask, might the country’s better angels help the citizenry to envision life beyond forever war?  An exodus from war culture and its incantations of empire, as we see it, moves beyond lamentations of militarism into a deliberative space of democracy by dissent.

Future posts here at Hunt the Devil will continue to explore democratic resources for escaping the mindset of war. 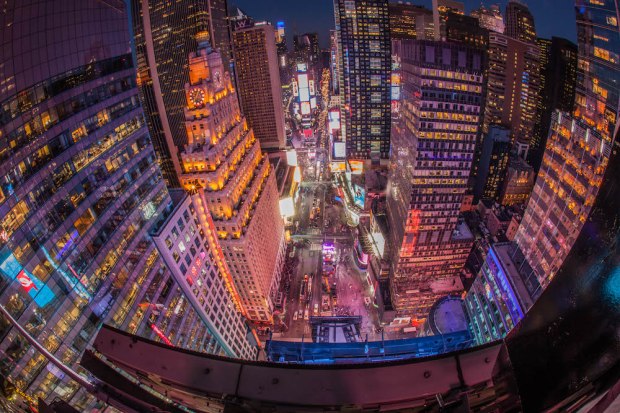 Times Square from the roof of One Times Square, 30 December 2014. (Credit: Anthony Quintano)

As one year expires and another begins,

we pause for a month of meditation,

to reflect (on war culture) and envision (a democratic alternative),

before returning on January 17,

three days ahead of the inauguration of a new US Commander in Chief,

to reiterate a cautionary word of perspective

on the nation’s archetype of the good war and,

from that point forward,