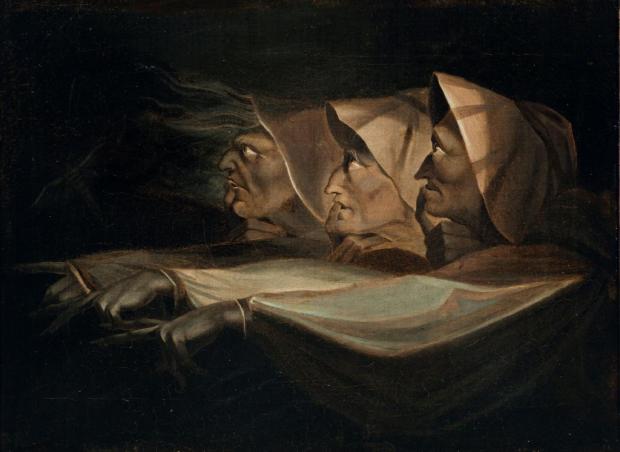 “Study for the Three Witches in Macbeth” by Henry Fuseli, oil on canvas. (Credit: Wikimedia Commons)

The First Apparition (“an armed Head”) warned him to beware Macduff, Thane of Fife; the Second (“a bloody Child”) prophesied that none of woman born could harm him. The Third Apparition (“a Child crowned, with a tree in his hand”) counseled him to assume the mettle of a lion:

Who chafes, who frets, or where conspirers are.

Macbeth shall never vanquished be until

From then on, his purpose became firm and clear. He set to “crown my thoughts with acts” by seizing Macduff’s castle and the dominion of Fife. To ensure the end of Macduff’s issue, he resolved to kill “his wife, his babes and all unfortunate souls / That trace him in his line” (4.1.148-153).[1]

“I think nothing equals Macbeth,” wrote Abraham Lincoln. “It is wonderful.”

Lincoln’s praise has stood the test of time. Hamlet may be a better play and King Lear a greater tragedy, but a special power inhabits Macbeth, which has led superstitious theater people to talk about the great play in hushed tones and to refer to its title by euphemisms such as “the Scottish play.”

Is there any other play the name of which we fear to speak?

Just as the witches function in Macbeth as symbolic mirrors “to hold as t’were the mirror up to nature” (Hamlet, 3.2.18-19), the play is a dark, reflective pool in which one can behold the “tide in the affairs of men” (Julius Caesar, 4.3.217) if one is attentive to its movements, sensitive to its rhythms and understanding of its poetry. About Macbeth, Cuban novelist and film critic Guillermo Cabrera Infante has concluded: “Poetry can lead to perdition. Poetry—that is, metaphors—are the prophecies of the witches … and while reasonable omens become illogical criminal motives, impossible metaphors become literal truth.”[2] 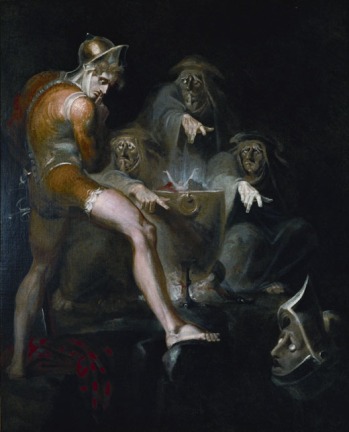 The ghost of the play is never far from my mind (my versions and translations of Macbeth have been staged five times), and recently I have sensed a fatal conjunction between Shakespeare’s dramatic poem and US political reality.

In the lonely figure of the little man with the big mouth in the White House who betrayed his country to evil powers for his own advancement, I see the solitary figure of Macbeth in his deserted castle in the last act of Shakespeare’s play. “Some say he’s mad” (5.3.13), and from the battlements he shouts insults and empty threats at the noblemen who once served him, but now flee from his rule: “Fly, false thanes, / And mingle with the English epicures!” (5.3.7-8).

The spells of filthy hags have egged him on to his perdition: “be bloody, bold, and resolute” (4.1.79). In the increasing threat of the Mueller investigation, in the siege of information that tells of corruption and implies treason, I feel the foggy, sinister branches of the trees of the Spider Web forest in Akira Kurosawa’s great film (Throne of Blood) of Macbeth. 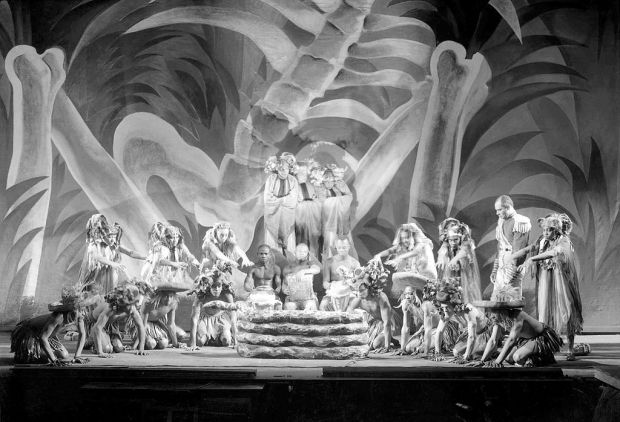 I shudder at this comparison of Shakespeare’s heroic villain with Donald Trump; but all the sad stories of the fall of earthly kings—so lamented by Richard II—reflect from Shakespeare’s play. In council held with Malcolm (who will soon regain his father’s throne), Macduff cautions the young prince:

In nature is a tyranny; it hath been

So will it be with Trump. His intemperance—in spite of the incompetence that keeps him viable in the presidential chair—will prove his downfall.

Kafka records the story of an Emperor who wanted to build a great wall:

For it seems that infidel tribes, among them demons, often assemble before the imperial palace and shoot their black arrows at the Emperor.[3]

When Birnam Wood comes to Dunsinane, let us guard against our own Inner Trump. Lest we forget, we created him in our own image. 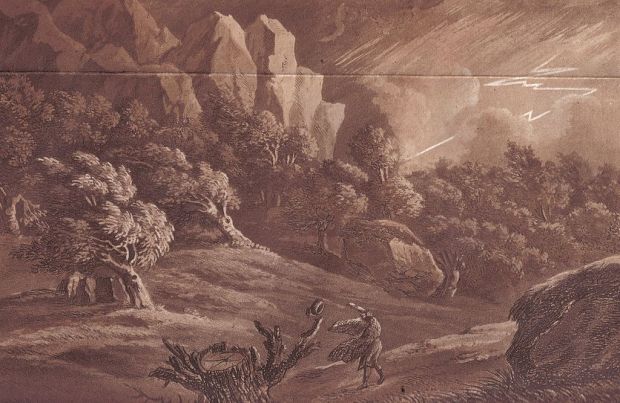 [1] All quotes from Macbeth are from Shakespeare, Macbeth (New York: Bantam Books, 1988).