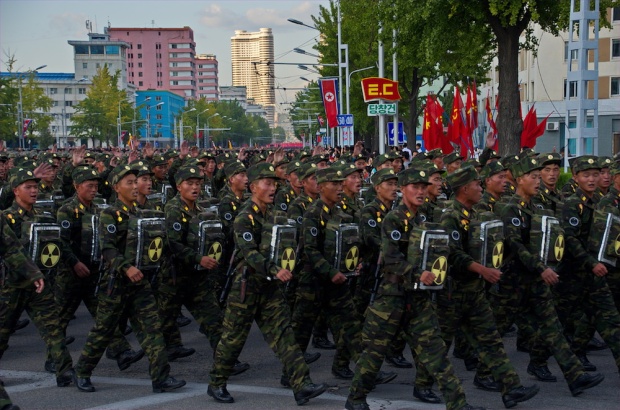 Cup of coffee in hand, reading my morning newspaper, I feel a sudden jolt. No, not a jolt from the caffeine. It is the story that brings me up short. The story is about a current revival of fear over the possibility of World War III. That topic draws my attention to the story, but it is not the cause for my surprise or the reason to stop what I am doing. I’ve been worrying about war for as long as I can remember. What brings me up short is a bolt-from-the-blue reminder that for some people, maybe most of my fellow citizens, US militarism is a force for peace, which is not too far removed from the mythic sensibility of war as an angel of redemption.

Sometimes it takes an actual example, a singular statement in ordinary circumstances, to recognize an unspoken assumption and make a disembodied abstraction abruptly palpable. It is one thing to think abstractly that we live and die by the myths that constitute us and shape our sense of reality. It is quite different to feel the force of that truism. That difference is what Rick Hampson’s story in USA TODAY brought home to me.

The impact of Hampson’s story is due largely to the order in which it is told. The sequence sets up someone like me by massaging a latent supposition and then, without warning, giving it the lie.

Here in brief is the story’s sequence:

Stop! Say what? That does not follow. I must have misread something. Read it again. But, yes, there it is: a vote of confidence for preemptive war, a war initiated by the good guys against the evildoers. Therein lies the militant path to peace.

With Trump’s election, the Doomsday Clock was moved up to two and a half minutes before midnight, the closest it has been since 1953. Nearly 40% of US voters and two-thirds of those who voted for Clinton believe Trump will bring about a third world war.

But Ed O’Connell is a 48-year-old among the 40% who definitely do not think world war under Trump is inevitable. His logic? “We’ve got to make sure that anyone who threatens us, they’ve got to think twice.” That is why President Trump is right about “increasing our national security with putting more money into the military.”

How does Hampson’s story end? With the death of Vera Howey, a woman who bought a house in Fort Wayne, Indiana with a “double-hulled steel fallout shelter buried in the front yard.” She donated it to the Smithsonian after the end of the Cold War, wanting to put the fear behind her, but she still worried about the possibility of a nuclear war, saying that the living would envy the dead should it occur. Her worries died with her in 2003. Will we envy her?

Maybe the risk of playing war with deadly toys is lessened for those assured of salvation. Steve Bannon whispers the warmonger’s message of redemption into an impulsive president’s ear. Bannon, as Donald Ellis posts, plays to the President’s apparent cognitive disorder. Bannon advises with a vision of impending apocalypse. His “proximity to power is what makes that dangerous,” Ellis warns.

In short, the mythos of militarism is not just about keeping the peace by vanquishing bad dudes. Some will say real peace can be achieved and sustained only by peaceful means. Others will insist that evildoers can’t be persuaded or deterred except by military force. Underlying that image of good guys versus evildoers is for some of the citizenry (maybe most of them but certainly too many) the reassuring myth of salvation, which transforms the prospect of nuclear holocaust into a win-win proposition. Those were the ones called Enders in Joe Halderman’s Forever Peace.