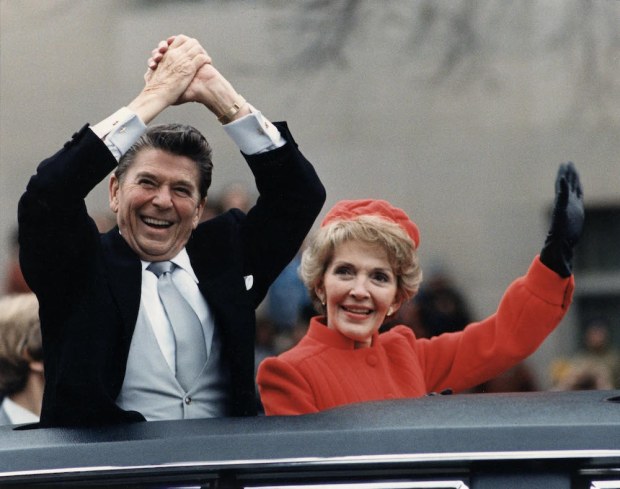 The death of Antonin Scalia and the passing of Nancy Reagan signify the end of the Ronald Reagan era in the political history of the United States. The final days are being heralded by a godless leader (Donald Trump) and his barbarian hordes, who are shattering the Reagan coalition that served the Republican Party well for over three decades.

Mindless devotees of the old president, dedicated to emulating Reagan’s example rather than to cultivating new ideas, do not understand present developments. (Observe, for example, the “puzzlement” on the faces of Jeb Bush and Marco Rubio as they contemplate the ineffectiveness of notions that once seemed mighty and invincible.) From the perspective of today, the famous “It’s Morning Again in America” campaign ad seems a quant piece of propaganda released by the Ministry of Truth in an Orwellian republic presided by an aging Big Brother.

There are things about one’s adopted country that one never gets to understand. I have an acquaintance—an attorney who once served in the US Marines—who pines for the days when he was “12 years old and Ronald Regan was president.” For the life of me, I do not understand what he misses from those years, other than vanished youth. Reagan’s Midwestern naiveté held no charms for me; his mindset was that of a dry goods merchant in a small town store. Kennedy inspired us to go to the moon; Johnson ushered in Civil Rights; Nixon went to China; Reagan made the rich richer. (I credit Mikhail Gorbachev with the fall of the Soviet Union and the end of the Cold War much more than I do Ronald Reagan.)

What I do remember about Reagan: a) he was a terrible movie actor who was later branded the “Great Communicator” (I have tried to imagine, with little success, what a good actor would have accomplished!); b) he was a witch-hunter in Hollywood during the persecution of Communists in the 1950s; c) he dyed his hair.

But about the Reagan times there are two sets of memories that are indelible in my mind. First was how much Latin American intellectuals of my generation detested Reagan. This was largely due to the terrible wars he funded and propagated in Central America. The origins of the fierce Mara Salvatrucha gang, of the contemporary drug trade and of our present immigration situation can all be traced back to the U.S. involvement in those disastrous civil wars. For Reagan there only existed in the world the U.S. and its allies (good) vs. the Soviet Union (bad). The rest of us—in Asia, Africa and Latin America—were only obstacles in the landscape, Indians obstructing the view.

I once welcomed two young theatre practitioners from Central America, whose names I do not want to remember, to my classroom at Western New Mexico University. They presented a brief pantomime about the wars—an inoffensive piece that was vaguely reminiscent of both Marcel Marceau and Bertolt Brecht. Weeks later I heard from Catholic officials who had sponsored their trip to the US that they had been arrested and killed for their anti-war activities.

The ghosts of these two young men always haunt my evocations of Reagan’s “America.” They spoil the morning with their peace activism, their courage and their sacrifice.