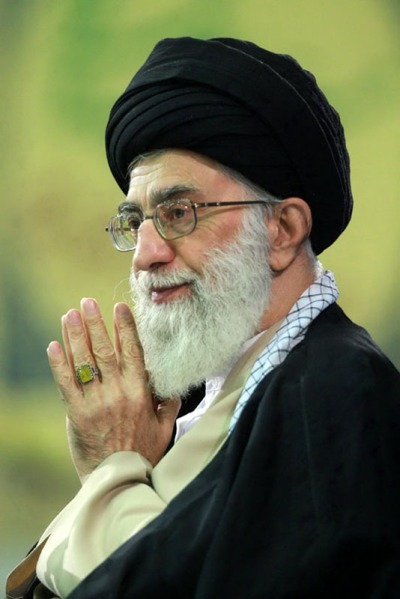 Opposition to the nuclear accord with Iran is yet another occasion for putting US war culture on display. And what we see—if we choose to look—is a rationale for militarism grounded in an unrecognized and unremarked metaphor. We see a culturally compelling, naturalized image of the devil with whom we should never make a deal. The logic of opposing a nuclear deal rests on (and rhetorically derives from) this demonological image as if it is terra firma. Remarking critically on the image is taboo.

This self-justifying image appears in a video of a wounded soldier released in August by a group called Veterans Against the Deal. “Rather than refute the administration’s talking points or rehearsing specific objections to the deal, this [moving and powerful] spot speaks to the very nature of the Iranian regime,“ writes Guy Benson, who is Townhall.com’s political editor.

Retired Staff Sergeant Robert Bartlett was wounded in Iraq in 2005. “I was blown up by an Iranian bomb,” he says. “That’s who we are making a deal with . . . a deal that means more money for Iranian terrorism.” The sergeant’s badly scarred face is featured testimony to his sacrifice and to the Iranian regime’s ill intent. “They’ve kidnapped little kids from neighboring villages,” Sergeant Bartlett avows, “put bullets in their heads and killed them in front of the villagers and said ‘we’re going to run our bombs out of here.’” Pictures of Iranian religious and military leaders affirm that Bartlett is referring to Iran as the bomb-supplying enemy in question. “Every politician who is involved in this [nuclear deal] will be held accountable. They will have blood on their hands.”

From the emotional premise of this powerful image, political editor Benson approvingly recounts a series of logical entailments. He quotes Josh Rogin to the effect that the “deal itself will lead to more war.” Sergeant Bartlett and Republican opponents of the nuclear accord are not tawdry partisans or war-hungry zealots; they want to avoid more war. President Obama and his supporters ruthlessly vilify critics of the accord, who are merely expressing their respectful disagreements with the President. Instead of persuading Americans on the merits of the deal, Obama and his political supporters resort to “intimidation and demonization.”

The rhetorical turn is complete. One cannot negotiate with a demonic enemy or reasonably engage a demonizing President. Peace can be secured only by defeating the enemy and by rejecting the President’s ill-advised deal. Diplomacy without compromise, backed by overwhelming military power, would seem to be the moral and rational solution.

Yet another combat veteran who served in Iraq, U.S. Representative Seth Moulton, believes that the nuclear accord, while not perfect, is “by far the best viable option before us,” one that is sufficiently verifiable and enforceable “to prevent a nuclear Iran.” It does not require trusting Iran. It will give the US better intelligence on Iran than currently available. “Taking military action against Iran would only set Iran’s nuclear program back five years at most, reaffirm their pursuit of a nuclear weapon, and drive the program underground.” And maintaining or increasing the current level of sanctions against Iran is not a viable option because the US’s partners only agreed to sanctions as a way of bringing Iran to a negotiated agreement. More sanctions, which would reduce US leverage by losing the support of America’s partners, and military action would “leave us worse off than we are under the terms of the deal.”

While saying all of this in support of the nuclear accord, Congressman Moulton allows that Iran remains an enemy of the US and Israel. Iran is a state sponsor of international terrorism, he affirms, that commits “deplorable violations of human rights on a daily basis.” Yet, trying to address this concern in a nuclear deal would have resulted in a more limited achievement, which would have put the US in a less advantageous position should the Iranian regime choose to cheat. Even when negotiating with an enemy, it is in America’s national interest to get the best deal possible.

What allows the congressman to slip out of demonology’s seemingly inescapable cultural trap? Or does he? That’s a question for a subsequent post.